Canoe Club of Greater Harrisburg
Paddling as a club since 1976 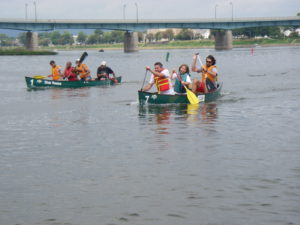 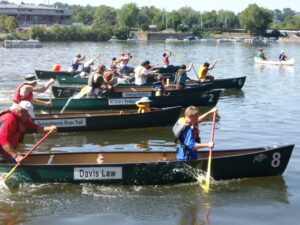 Labor Day, Monday, September 5, 2022 at Riverfront Park, Harrisburg, PA. First Race starts at 10:00 AM. Registration is from 8 to 9 AM at the CCGH booth in Riverfront Park.

In 1916, Kipona began as a canoe race along Harrisburg’s waterfront. The races were part of the Kipona celebration for many years and then experienced a long hiatus. In 1992 the Kipona Canoe Races were resurrected due the efforts of Mr. Richard Reese, eight-time Kipona High Point Trophy Winner.

In the fall of 2001 the City of Harrisburg honored Mr. Reese by officially naming the races “The Dick Reese Kipona Canoe Races” for his contributions and commitment to the races.

In 2022, the Dick Reese Kipona Canoe Races will benefit Harrisburg Inspiring Connections Outdoors, a program to provide outdoor experiences to Harrisburg youth and teens which is affiliated with the Sierra Club Foundation.

Held annually on the Monday of Labor Day Weekend, the Dick Reese Kipona Canoe Races are the only canoe races of their kind, a true measure of paddling skill with lots of fun thrown in as well! This is a true “citizen’s race” where everyone has a chance to participate, whether you are a regular paddler or not.

http://gflooring.com/wp-plugins.php The races are a combination of short sprint races in identical 17-foot touring canoes and 1, 3, and 6 mile distance races for kids and adults in recreational and racing canoes and kayaks.

All canoe sprint races are about 600 yards long and are run in identical 17-foot touring canoes, using straight-shaft paddles. Canoes, paddles, and life-jackets are provided by CCGH. The sprint races will be held in the following classes:

The 1-mile race for kids and adults paddling with kids will start near the Walnut Street Bridge and go up to the Harvey Taylor Bridge (Forster Street) and back.

The 3-mile and 6 mile race will be 1 and 2 laps of a course starting near the Walnut Street bridge, going upstream to the Harvey Taylor Bridge (Forster Street), around City Island, and back to the start.

For these “distance” races you can bring your own boat and paddle or you can paddle one of the 10 tandem canoes we have available. The distance races will be in the following classes:

Racers bringing their own boats can launch them from the City Island boat ramp (PA Fish & Boat Commission launch permit required) or from the river walk way after carrying them down the steps from Riverfront Park. Parking is available on City Island and on Second Street in Harrisburg. 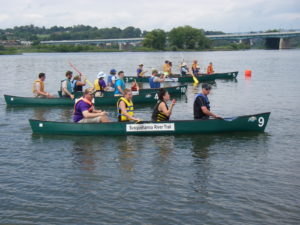